Honey Do You Love Me?

There is a curious thing that often happens between men and women in relationship, and sometimes guys might talk about it like it’s a “trap”, because usually they are blindsided and don’t really understand what happened. The story usually goes something like this: the husband comes in from doing some sort of task or maybe coming home from work, his wife meets him in the kitchen as he is passing through and asks him a perfectly innocent question….
Wife: “Honey do you love me?” Now for women this is a perfectly normal sort of question, the sort of thing they think about sometimes when they are a little down, or maybe they’ve been thinking about the relationship and things haven’t been particularly romantic recently. The challenge comes next. The husband, fresh from some other activity, isn’t really present to the moment and so coming out of his head he takes a second or just a brief instant and gets into his heart or body.

Then he says: “Of course I love you honey.” Now this is a sticky situation.

In an authentic, “normal” man’s response, there is a moment to “shift” from thinking or pre-occupation with some other thing to the “feeling (s)” of love for the wife.

For the woman, however, this is an alarm bell.

“He hesitated! He actually had to think about if he loves me…..”

This can often lead to a fight, hurt feelings, desperate cajoling and “make-up gifts”. The man is “lost” and the woman is “beside herself”.

What happened? It seemed so innocent. The husband just honestly answered a simple yet powerful question….. What went wrong? 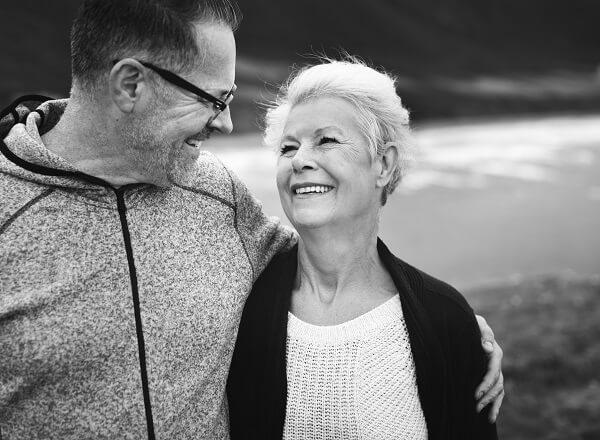 This often leads to the “language barrier” which is almost “cultural” and triggers the frequently made comment that men and women are from different planets. Men even make jokes about how they will never “understand” women.

This particular situation, however, regardless of how universal and often replayed throughout the world, is created because of two simple facts:

1) physiologically women have more corpus callosum–or neural connective tissue– between the lobes of the brain than men do;

2) men are focused more on tasks than on processes or relationship than women.

What this means is that women because of their difference in physiology and the importance of relationships in their common orientation, women have the equivalent of an automatic transmission when it comes to thinking and emotion.

More focused on close and connected relationships and nurturing, and more commonly “emotional” in their tendency of being in the world, they think about their key relationships and interpret in a “women’s” sort of planetary view of things.

For a woman to “hesitate” in answering a question about loving an important person in her life means there is a problem. She either “doesn’t love that person” or there is a relationship “problem”.

This is a very “Venusian” way of thinking and acting in the world.

Because she would only “hesitate” in her response because of relationship “problems”, the wife concludes that the husband’s hesitation must mean there is a “problem” and because he said “yes” and hesitated, then it also means “he must be lying” about something.

The imagination and the emotions leap into overdrive.

Now from the husband’s viewpoint, he doesn’t know what happened. In his world view, he answered a simple question genuinely and honestly and “all hell broke loose”.

Suddenly, he is in the position of begging and apologizing and cajoling, or is simply “frozen out” with a stomp off sort of mood or temper explosion.

Of course, for some women this might mean an eruption of tears. Meanwhile, the husband is confused, taken aback: “I told her I loved her and she is giving me the silent treatment.

Again this goes back to those same physiological and psychological differences.

Because men have less connective tissue between the linear and lateral, or serial and parallel, brain lobes and they tend to live more in their linear and task oriented centers of the brain as a rule culturally, they also tend to be “out of touch” with their bodies from moment to moment.

Due to this fact, the man actually has to shift from one way of being in the world to another. From being analytic and task or action oriented, and largely in his “head” rather than his body, the man must get into his body. He must connect with and be present to his emotions. And because of the lesser quantity of connective tissue, there are fewer neural fibers and the whole process is very “Martian” and deliberate, much like a manual transmission.

The biggest challenge here, is that neither party, the man or the woman, the husband or the wife, typically knows anything about this Neuro-anatomy or the social and behavioral differences between the sexes, and so the battle, the pain, and the misunderstanding between the sexes continues for most people all over the world. Consequently, the best thing to do can be to seek help from a life coach and consultant.

About the Author: Jack Austin

Jack Austin regularly works with high-level business owners and practitioners who feel underappreciated and burned out but know there is something bigger and better on the horizon. By working with Jack, clients find their businesses transformed, and their lives infused with a new passion for enterprise and life. Contact Jack to discover a more efficient means of running your business while enriching your life and building additional wealth.